At the Kazanbash Aviation Center in Tarastan, a test flight of a 3D printed gas turbine engine has been carried out successfull. It is the first flight in Russia of the MGTD-20 gas turbine engine. The flight of the unmanned aerial vehicle (UAV) of 40 kilograms reached an altitude of 170 meters and a maximum groundspeed of 154 km/h.

The 3D printed engine has been developed in a joint project of the Foundation for Advanced Research and the Federal State Unitary Enterprise “VIAM”. The project aims to develop a new generation materials for additive manufacturing technologies for the manufacturing of structural elements of aircraft and rocket engines. The project was launched in November 2015.

The testet 3D printed gas turbine engine has a thrust of 22 kgf.  The UAV’s wingspan is 3 meters, the take-off weight is 40 kilograms, taking into account the payload mass of up to 10 kilograms. During the first test flight the device passed in autopilot mode along route points at an altitude of 170 meters, reaching a maximum ground speed of 154 kilometers per hour, after which it made a successful landing. The maximum engine speed was 101,600 rpm, the working speed was 58,000 rpm.

If you’re interested in additive manufacturing for defense, take a look at de Virtual AM for Defense Conference that will be held in October 2020.

AM for Defense Industry
1 november 2020

Will a digital warehouse replace the existing defense supply chain?

Will a digital warehouse replace the existing defense supply chain?

AM for defense: less waste, shorter leadtimes and new businessmodels 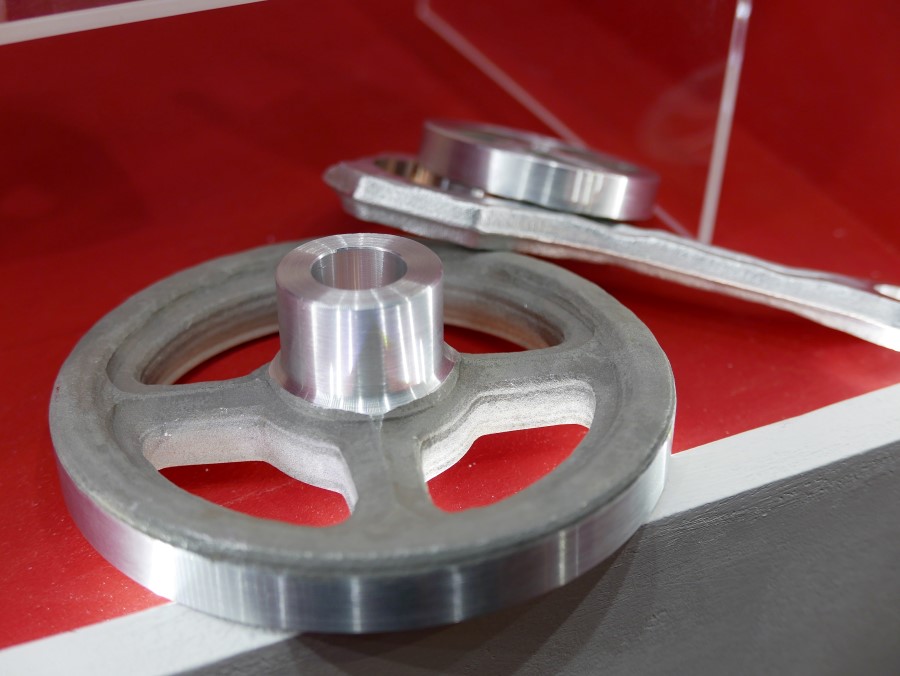 Why additive manufacturing will be the game changer for the army